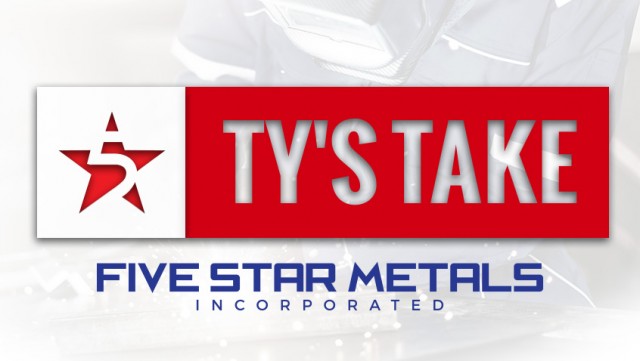 The article this edition I most enjoyed writing was on U.S.-Sino relations. I believe the topic to be much more complex than a simple article allows and I find it fascinating. Suffice it to say, I truly believe we are not just looking at a simple concern of balancing a trade deficit (or more likely narrowing it) but with competing claims to U.S. Global hegemony and all that entails.

The article I think is most important for you to read (or watch the accompanying video), is the U.S. update.In that article I update you on key economic indicators as well as some issues facing U.S. production going forward.

So where do I think OPEC+ is headed and how will it effect us? ​

I find the Saudi Minister's comments interesting: that some 11 trillion dollars is slighted for investment in oil. That is an astronomical number and speaks well for the state of the industry as we move forward.

At the beginning of crisis in 2016, the Minister warned the World not to underinvest in oil infrastructure. Saying that to do so would eventually create a shortage that would be seriously difficult to recover from. And I thought he was right.

But then, when U.S. production ramped up so quickly post-downturn, I changed my opinion as the facts on the ground seemed to suggest that short-cycle plays like shale would prevent radical departures as they allowed the market to quickly adapt.

Where Does OPEC end?

I firmly believe that OPEC+, and in particular Saudi Arabia, will not be satisfied until it sees pricing above $70 per barrel.

And remember, just a few short months ago we appeared to have hit the magic number and all of us were breathing a sigh of relief. Until oil tumbled to less than $50 per barrel.So, OPEC+ very much knows that even $70 a barrel, without adequate inventory reduction, can result in quickly losing this key number.

I believe it is in OPEC+'s best interest to maintain production cuts through third quarter. Oil pricing is substantially more influenced now than ever before by hedging.OPEC recently learned, as did the rest of the world, how quickly markets can tank. Simply put, OPEC's production cuts must take into account inventory levels and the amount of time it will take to replenish those inventories. Not sustaining cuts for a sufficient period of time will simply repeat the October/November 2018 crash. And the change won't take a year, it will take a month.

Saudi Arabia needs $70.00 a barrel to balance its budget. And I firmly believe they are committed to getting there. Moreover, Saudi Arabia still has an ambitious social project to wean its economy off pure oil dependency.They see the writing on the wall as more and more recoverable reserves are discovered elsewhere. And they know they have a matter of a decade or two to accomplish their goal. That seems like a long time: until one considers that the industrial revolution, for example, took from approximately 1760 to 1840. And what Saudi Arabia needs to do is not that dissimilar from moving from an agrarian society to a technological and manufacturing society,.

What about U.S. drilling?

As noted in the article on the U.S., the rig count is declining.And declining pretty steadily.However, we predicted this in December 2018, and I suspect that you may see a reversal of this trend soon (see below). But in the interim, it is causing me some concern.

However, new evidence seems to suggest that the adaptation phase for shale that many predicted would substantially lower production cost may not come to fruition.In the article dealing with the U.S. economy and oil markets, I discuss an issue facing shale drillers: disappointing results in parent-child wells.At first, this issue didn't strike me as hugely important.After some time for reflection: it's huge…

Shale drillers have effectively overstated their recoverable reserves to their creditors. And: it will increase the cost of operation – meaning that they are not as immune to price swings as they previously believed and their breakeven cost per barrel is higher.In 2016, the Federal government required lenders to tighten their credit standards when it came to oil companies. I suspect that if you see some companies taking huge write-offs, their creditors will clamp down as well.In short, this could be a real problem as shale drillers will face tightening credit standards and increased costs.

Additionally, more and more oil companies are contracting their budget. Which might spell trouble.

And of course, there's the economy. The economy as a whole and oil certainly face a lot of headwinds. As discussed in the U.S. update article, all of the indicators are pointing to a slow down.Is this a momentary blip, a slow down, or a turn into recession is anybody's guess. But it is there.

While I largely maintain prior guidance to expect a flat to slightly negative year (and indeed, that appears to be the state of the industry from the informal data I've gathered), I'm more optimistic today than I was three months ago about the overall health of our industry.

First and foremost, we do see increased investment by the larger players.Exxon has quickly figured out that there are deals to be had from cash strapped smaller operators and fully intends to capitalize on those deals.While Wall Street may not agree (as reflected in Exxon's share price after their announcement of increased budget), I think its brilliant.

PEMEX has similarly noted that they intend to increase their budget and drilling.While this follows years of under-investment, I think it is a positive sign.

Saudi Arabia seems absolutely committed to not just restoring balance in the short term, but creating a sufficient deficit in inventories as to allow a more long term re-balancing. I believe they learned from their prior mistake of assuming markets were in balance too quickly last year.They need sustained $70 a barrel oil.And they know the next coalition of the willing may not be so easy to build. As evidenced by their canceling the Vienna meeting (discussed in the OPEC+ Update article), they want to see inventories drop substantially and know that markets are in balance this go-round.

Inventories appear to be cooperating – and we haven't even started the summer driving season. Crude oil stocks dropped by 9.6 million barrel for the week ending March 15, 2019. This was the largest inventory decline since last July. And now at 439.5 million barrels, stocks are 2% below their five-year average for this time of year.While they increased last week, the increase was only a few million barrels and not that substantial.

Obviously, some of this drop is accounted for the sudden reduction in imports from Venezuela. But either way, OPEC+ cuts are working and bringing the market back into balance.

The Federal reserve has backed off interest rate increases. Which has reduced appreciation pressure on the dollar which means oil isn't getting more expensive in the rest of the World.Thereby supporting oil demand.

And traders have reacted accordingly. Below the futures curve clearly indicates we are trading in backwardation. Now as we saw in October/November 2018, that can change at the blink of an eye. But for now, supply side constraints (U.S. sanctions on Venezuela and Iran) and OPEC+'s voluntary cuts, coupled with a world economy that is hovering above recession and a decent U.S. economy are equaling big inventory draws and markets coming back into balance.

Where does that leave us?

While I do have some concern over the changing U.S. economy and the slowing world economy, I am overall optimistic for the long-term as Saudi Arabia and others actively manage the market. I'm happy to see U.S. inventories falling substantially ahead of the prime time season.And I'm also happy to see big oil investing more.

I'm candidly not surprised to see a bit of a slowdown. As we predicted in December, the decline in pricing and concerns of an ongoing surplus of supply led drillers to conserve cash and hold off on projects.

But, I believe that trend will reverse sooner rather than later.And hence why I maintain my guidance. If OPEC+ waits until June to make a determination, inventories will likely drop substantially. Prices will have increased substantially. And drillers will start getting more active. I think to the extent there is more of a slowdown, minus extraordinary events, we are looking at months, not years. But as always, my opinion can change quickly.

In summary, in two words, I remain: Cautiously optimistic…